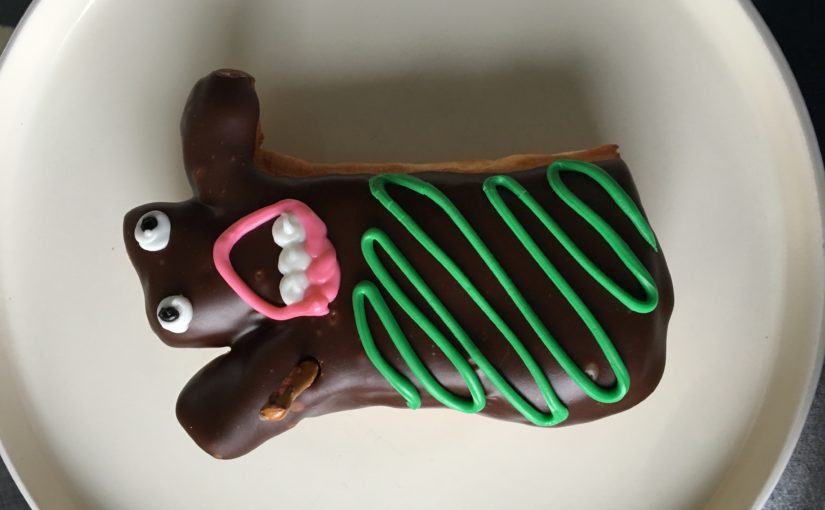 I made a promise to myself to write more, but I broke it thanks to a depressive episode. I’m still working with a psychiatrist to get my medication right. Too much Latuda made me sleep all the time and really brought out the nihilist in me. I just wanted to stop existing, and apparently that isn’t something we should want. We started a different antidepressant and now I’m worried that I’ve bypassed hypomania for a full blown manic episode just based on my own understanding of how it felt last time. I’m doing my best to avoid big purchases and trying not to let stress push me over the edge—but it’s hard. I’m not just fighting my own brain now, I have additional chemicals fighting a battle in me.

Friends are helpful. Friends who have the same disorder are a godsend.

It’s funny how the world works sometimes. I’d be lost without one friend in particular, and I didn’t meet him because I tweet about mental illness. He actually presented at a conference I attended and I followed him because of his presentation. Interestingly enough, we both got diagnosed with bipolar around the same time. He’s asked me about side effects like akathisia, and I confessed to him two nights ago that I think I might be manic. Part of our relationship is offering encouragement. Two nights ago, he encouraged me to call my psychiatrist (I bumped up the Latuda last night). We also support each other through job stresses and the inevitable rollercoaster moods. We both have supportive spouses, but sometimes it’s just helpful to say to someone, “Hey, has your brain ever done X?” and hear an affirmative response. It means that things are going to be okay. It means that I’m not alone.

That’s something I didn’t realize with this diagnosis. I have a better understanding of myself, but I also feel alone because so much of the world is neurotypical (or just a lot better at pretending).

The epiphanies since my diagnosis and partial hospitalization are too many to list. I started to reflect on this a bit with late night thoughts, but it goes beyond that. Periods of my life make more sense. But perhaps what upsets me the most is my whole trajectory could have been different with an earlier diagnosis. It’s not fair to dwell on what could have been, but when I’m in certain moods it’s unavoidable.

And the most unfair question of all: Why didn’t anyone see it?

My life makes more sense now. The self-made obstacles that got me to this point are just part of my story. Asking “what if” is not going to bring back 15 years, and would I want to lose all those experiences anyway? I’m who I am today because of all the wrong turns and bumps in the road. My hope, as I move forward, is that sharing my experience can help others make sense of their own journeys. And knowing I’m not alone gets me through this.